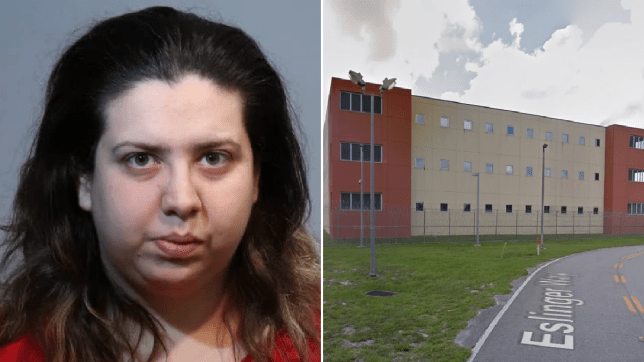 A mother has been accused of forcing two toddlers to have sex with each other so her paedophile boyfriend could watch.

The paedophile, Roberto Oquendo, 38, has been jailed for 50 years earlier.

His girlfriend, Rose Beth Litzky, forced the young children to have sex while she filmed so her boyfriend could watch them.

Litzky, a hotel housekeeper from Florida, was arrested after a search of the couple’s home uncovered a large quantity of sex abuse images shared between the two.

She reportedly took photos and video of the toddlers between October 2014 and September 2016, while she was living in Florida and her boyfriend lived in Virginia.

Online, during that same period, she used social media to paint the picture of a dotingmother, sharing photos of her taking her children to the zoo and the mall.

“Oquendo had used a social media application to engage in live chats with a co-conspirator, Rose Beth Litzky, during which Litzky engaged two female children in sexually explicit conduct for Oquendo’s viewing and sexual gratification,” a press release issued by the United States Department of Justice read.

It is not entirely clear whether the two young girls are her daughters, although Litzky has been identified as a mother of two children. Her relationship to the victims has, however, not been clarified.

During a police interview, she admitted taking hundreds of naked photos and videos of the children that she then sent to Oquendo for his “sexual gratification”.

Oquendo abused the girls in person after moving to Florida to be with Litzky, and took further images of his young victims, some of them described as “sadistic” in nature.

She is being held without bond in Seminole County Jail, and will be sentenced on October 15.