Just as we have the great wall in China so also we have the Great Wall of Lagos, we know that many people may not know about this reason why AutoReportNG decided to research and bring this to your notice.

Many people may not have heard about this but it exists, yes, we have The Great of Wall of Lagos in Lagos, Nigeria.

While The Great Wall of China was designed for tourism and to promote the cultural value of the Chinese, The Great Wall of Lagos was constructed to protect the shoreline of Victoria Island and its environs from the ocean surge. 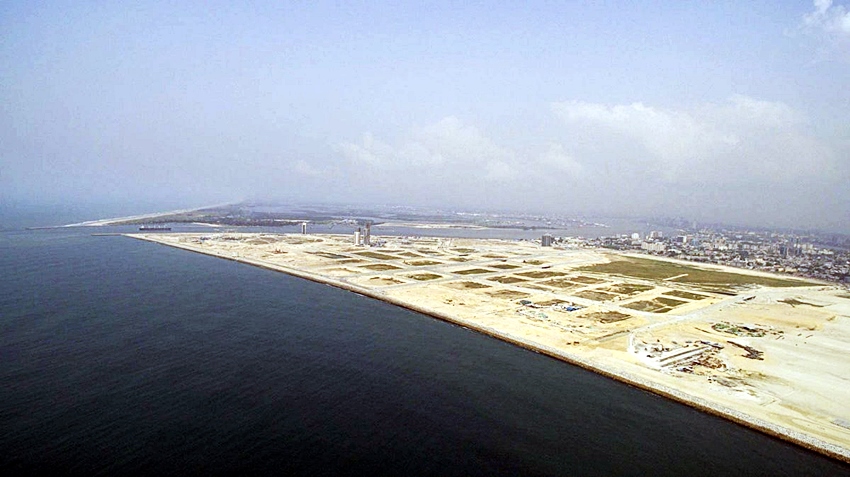 Over the last 100 years, pounding waves from the Atlantic Ocean have eroded the land off Lagos, bringing the sea closer to the financial centre of Victoria Island. The threat of serious flooding was a major concern. Before the Great Wall, tidal surges used to regularly cause water and debris to spill over onto the main coastal highway – Ahmadu Bello Way.

Today the highway is clear from flooding, already protected, thanks to the development of Eko Atlantic.

The Design Of The Great Wall Of Lagos In Depth

The Great Wall of Lagos is a large sea revetment that protects the emerging new city as well as Victoria Island from the threat of flooding due to ocean surge. The Wall was designed by Royal Haskoning Marine Engineers from Holland: world-renowned for their over 100 years of experience in urban planning and developments. Royal Haskoning, in their design process, took into consideration the Atlantic’s tough nature and designed a wall that would more than sufficiently protect the city.

At the end of this design process, Royal Haskoning took this design to the Danish Hydraulic Institute and built a full-scale model of the wall to be built in Eko Atlantic City. The sea wall was subjected to the worst waves predictable in a 1,000 years cycle. The finished sea wall model withstood the tests without showing any signs of distress.

Testing for the planned 8.5 kilometer long sea wall finished early 2009, and construction began on The Great Wall of Lagos in mid-2009. Today, you can see the progress being made every day off Ahmadu Bello Way. As of today Eko Atlantic City has completed over 6.5 kilometres of sea wall and grows daily.

As the final step to the Great Wall of Lagos, an 8.5 kilometre long, 12.5 metre wide, promenade will be built on top of the Great Wall. This promenade will provide a tremendous amount of recreational space to residents looking to take advantage of the oceanfront open area and impressive ocean views.

Throughout this entire process, the designers of The Great Wall of Lagos remain on site every day to monitor the progress of the building of the sea wall to ensure the quality of construction is up to design level. Nothing is left to chance.

As the Wall expanded further and further, Victoria Island began seeing the positive effects of the works that were happening 2 kilometers offshore. The ocean surges which were once hitting Victoria Island were now hitting The Great Wall of Lagos.

The physical tests of The Great Wall of Lagos can be seen in this video below:

Before the first of the giant concrete armoured blocks for the Great Wall of Lagos was lowered into position, its ability to withstand the worst of the Atlantic tidal surges was put to the test. Urban engineers at DHI, the world-renowned Danish hydraulic research centre, carried out extensive scale model trials. Data analysis by computer models showed that the Great Wall would keep Lagos safe from the worst tidal surges that can be expected. 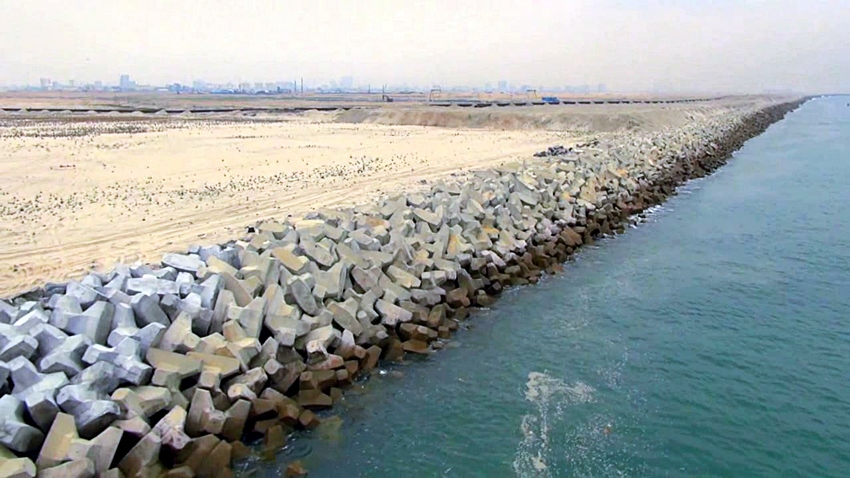 Facts and Figures on the Great Wall of Lagos

When it’s complete, the Great Wall of Lagos will be over 8.5 kilometres long. It is made from tens of thousands of concrete blocks (accropodes) weighing 5 tons each which interlock loosely to form an effective barrier that dispels the force of the waves and provides the primary armoured sea defence. Beneath the accropodes are various layers of rock that function as the secondary armour and core.

Here are quick facts about The Great Wall of Lagos

– The wall’s length is 8.5 Km.
– It is built out of 100,000 concrete blocks.
– The wall rises 6 m above sea level.
– An accurate scale model of the wall was built in Copenhagen at the Danish Hydraulic.
– Tests were conducted to test the sea wall’s strength against the worst storm in 1,000 years.
– Factors for global warming and sea level rising were applied to these tests.
– All tests were successful! 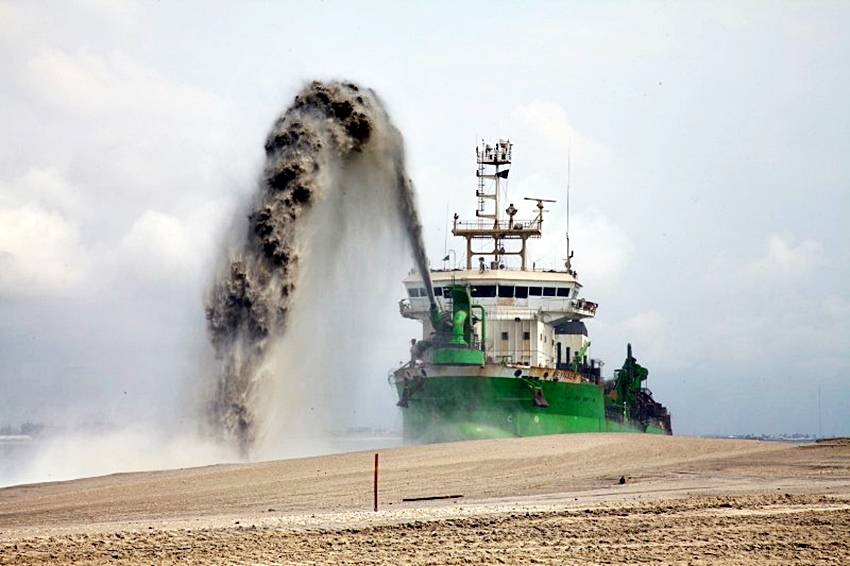 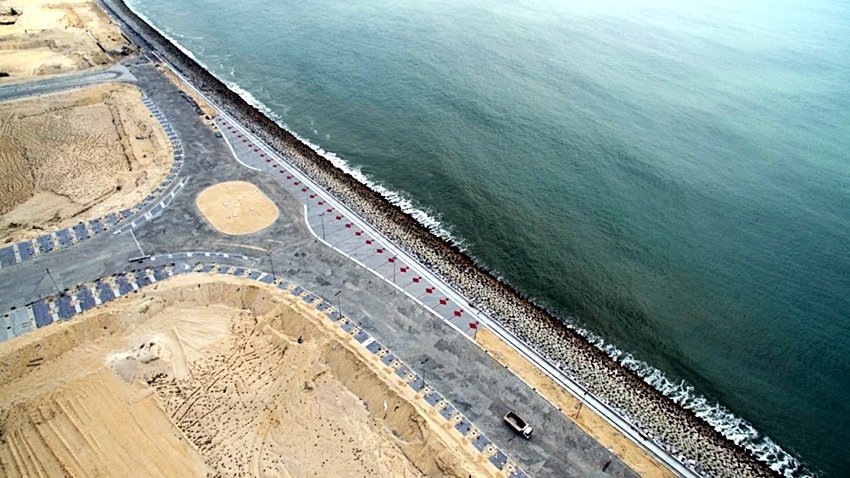 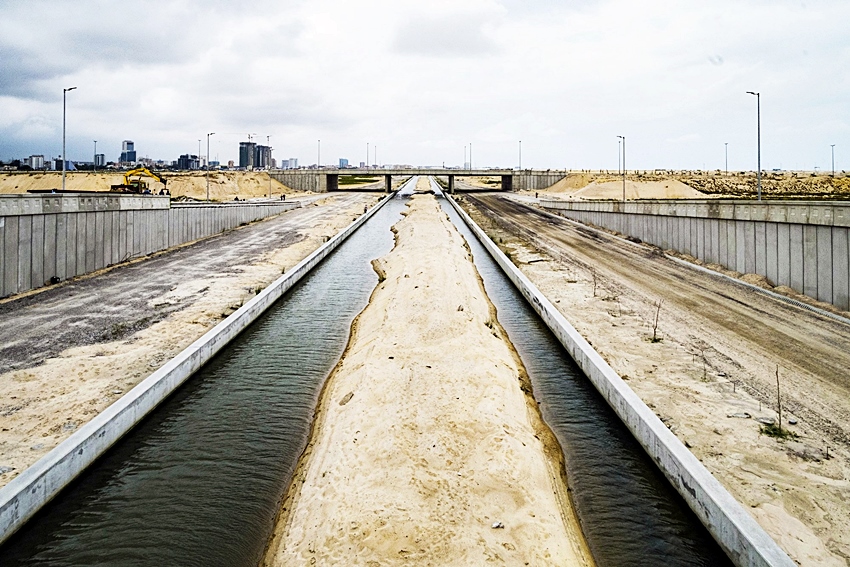 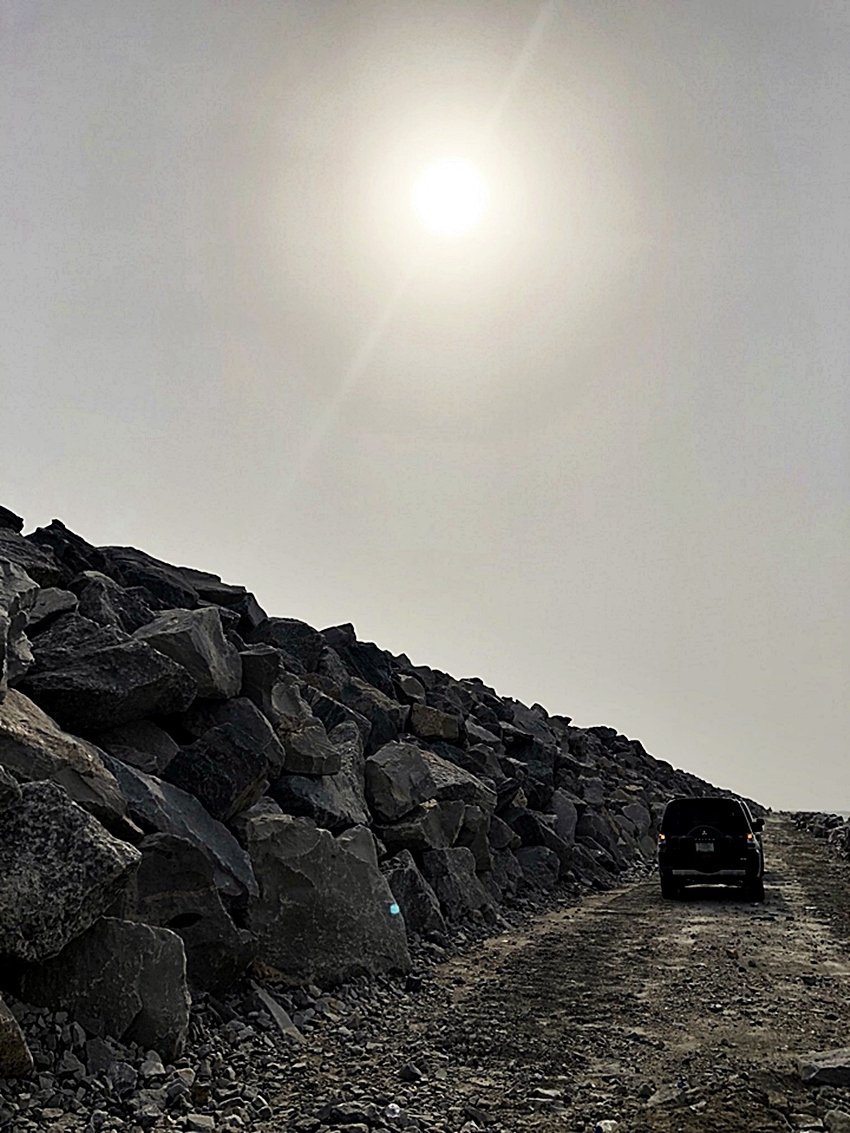 There are about 17 more pictures apart from this, do you have enough data to view all? Kindly check on the source for more of this Wall of Lagos.