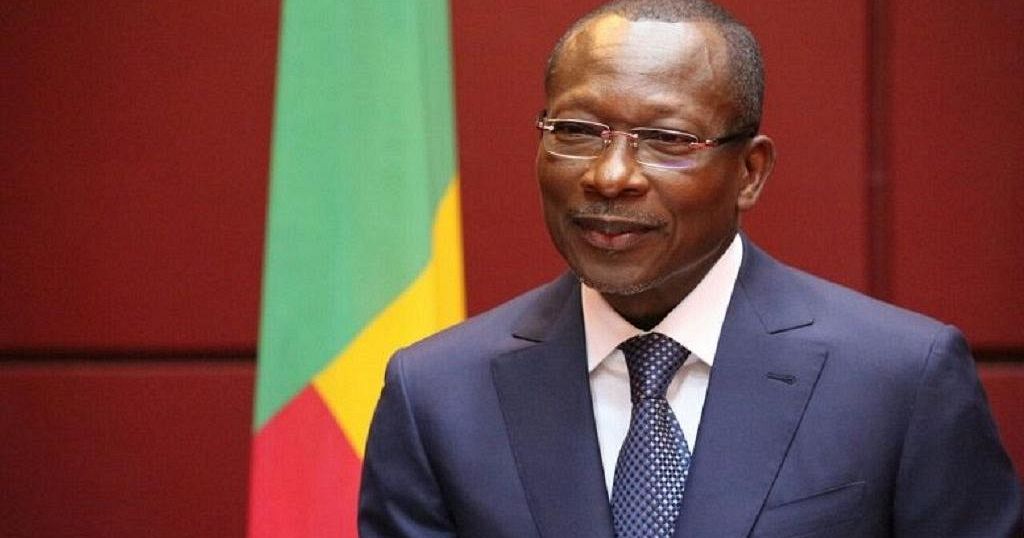 The Alliance for Sustainable Democracy in Africa (ASDA) says the `Benin Control’ a company belonging to the current president of Benin Republic, President Patrice Talon runs the country’s revenue.Dr Prosper Agbesi, the Chairman and Presidential candidate of ASDA said this in a News Conference in Abuja on Saturday.

“ We have a president whose company runs our ports, the cotton(industry); our Customs does not run the revenue but his company, his company is called `Benin Control’.

“Can you have something like that in Nigeria where President Buhari’s company is running the revenue?

“The cotton is him, the hotel(industry) is him, there is no job for our people, now they are killing our people in the country, we don’t have any help,’’ he said.

Agbesi also called for President Talon’s resignation as he has lost the trust of the people of Benin.

“This man has lost the trust of our people, there is no more trust between us and him.

“He just needs to resign and we are going to put in place a government of unity. We don’t want violence, we don’t want confrontation, we just want him to resign.

“We also want a re-election of the parliament, and we want all our people in exile to come home”.

According to him, ‘more than half of our people are out of the country in exile in the neighbouring countries, I had to go and help some of them the last time’.

He said that the people of Benin are mourning as we speak and that there is no hope for the people.

“Our people are mourning because we have an illegal parliament, we have someone who has taken over every institution in our country.

“Benin has transformed into a one party state, the over ten political parties in opposition have no single representation at all in the country’s 83-member legislature.

“The national assembly members were barred from contesting the most recent parliamentary elections held in march, through the sudden and unconstitutional changes to the electoral code introduced a month to the elections’’.

He said that right now, Talon is ruling without any legislative checks and balances whatsoever.

“It is instructive that the new legislature, comprising entirely members of the president’s party and his closest political allies, was elected into office by just 27 per cent of the registered electorate which translates into less than 10 per cent of the country’s entire population’’.

He therefore thanked President Buhari for his intervention so far in the country and asked for more help to restore democracy in Benin.

“The step that Buhari has taken is noble. we must thank him for putting his foot down for the former president to be released from prison, he was sick.

“A former president was kept under house arrest for 54 days without telling us the charges. We thank President Buhari for what he is doing in Benin, but it is not enough.

“We are very honorable people as Benin people and yet you have from 18 to 40 years old people filling all the prisons in Benin, and this is the first time it is happening.

Agbesi said that if given the opportunity to rule Benin, he will work together with Nigeria for the benefit of the two countries.

“I must use this opportunity to tell the leadership of Nigeria that Benin and Nigeria constitute an integral economy.

“If I take over(leadership), I’m telling Nigeria that this is your place, let us do business together. Gone are those days when small countries insist on autonomy in every area of life.

“I want to be called the Chief Executive Officer (CEO) of Benin, because we have to integrate our economy by first of all growing our country’s GDP: what we care about is the health care of our people, the education of our people and the infrastructure’’.

He alleged that Talon and his cabal are making open their bid for autocratic, unchallenged power in Benin.

“Democracy is being forcibly discarded and replaced with autocracy, right before our very eyes, and this has been on for several years now but over the past few months, it has exploded into an open agenda.

“The overwhelming majority of the people who are actively protesting are being met with armed force, getting injured, maimed and even killed on the streets of their own country by agents of the very government which claims it is in office through the mandate these people gave it.

“This is why, we, the political opposition have come together to save our country, to avert a physical showdown between unarmed civilians and armed agents of a repressive government led by a proven unethical leader”.

He said that fundamental human rights, such as freedom of expression and association have, to all intents and purposes been revoked.

“As human history has vividly shown time after time, this situation presents the likelihood of an impending blood bath, while the people of Benin only have the moral arms and ammunition, the forces they are opposing have all the physical weapons and the will to use them without restraint.

“The only way to avert Talon’s bid for autocratic power and restore Benin to normalcy without sacrificing the precious lives of countless innocent Beninoise is to apply non-violent pressure.

“This means a combination of passive civil disobedience at home and international pressure in the form of sanctions from abroad,’’ he added.

He also called on The Kingdom of Morocco to leave Benin alone and stop supporting president Talon.

“We have many people who have been killed after the illegal election, I want you people to send message to Morocco to keep away from us.

“Morocco must stay away, we have strong information that the people who are backing the dictator of Benin are from Morocco: people are dying over there and they are sitting at the same table with them’’.