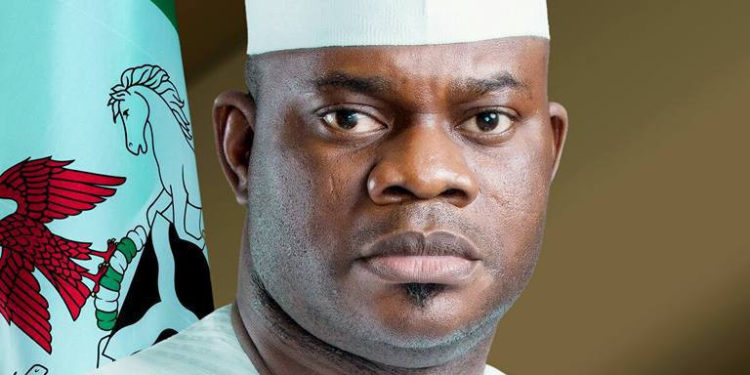 The Kogi State Executive Committee of the All Progressives Congress (APC) has split into two factions over Governor Yahaya Bello’s bid for re-election ahead of the state’s governorship poll billed to hold on November 16.

The split is coming on the heels of alleged adoption of Governor Bello by the state chapter, a move that is being resisted by a faction led by the State Secretary of the APC, Salam Tom Adejoh.

Addressing newsmen in Abuja on Sunday, Adejoh debunked the alleged endorsement of Governor Bello, saying that the governor’s poor performance should not be rewarded with a second term.

The State Secretary emphasized that the executive committee members are not in any position to endorse any aspirants, stressing that the party governorship ticket is open to every qualified party member.

“We did not endorse anyone and we are not planning to. The party’s ticket is open to everyone in the party”, added.

According to him, the last meeting of the state executive committee, which held on Saturday, did not discuss Bello’s endorsement.

The party scribed dismissed media reports credited to a faction of the state executive, led by the chapter chairman, purportedly endorsing the governor for a second term.

Narrating the exco’s last meeting with the governor, Adejoh said, “Our discussion ended at the need for peace so that the party can move forward. He (governor) said he needed a sincere peace and we agreed on terms. There was nothing like endorsement.

“The terms we agreed on was that our allowances and other packages that we are entitled to would be given to us and we all agreed on these terms.

“The governor requested for the case in court to be withdrawn. We told him there are some processes to be followed. The issue of withdrawing the case is subject to another negotiation”.

The executive members had dragged the governor to court over his refusal to pay arrears of their entitlements as party chiefs.

On the suitability of Governor Bello’s re-election, Adejoh said, “The party has its own criteria on what they want from a candidate. If someone has performed well or is an achiever, it will speak for itself. Yahaya has been far away from us, since then he has not been properly directed.

On the reported endorsement of the governor by traditional rulers in Kogi State at the presidential villa in Abuja last week, the party secretary said the governorship election is not a traditional affair.

According to him, the traditional rulers are only entitled to vote at the election but that they are not in the position to decide who will be the APC candidate because they are not delegates.