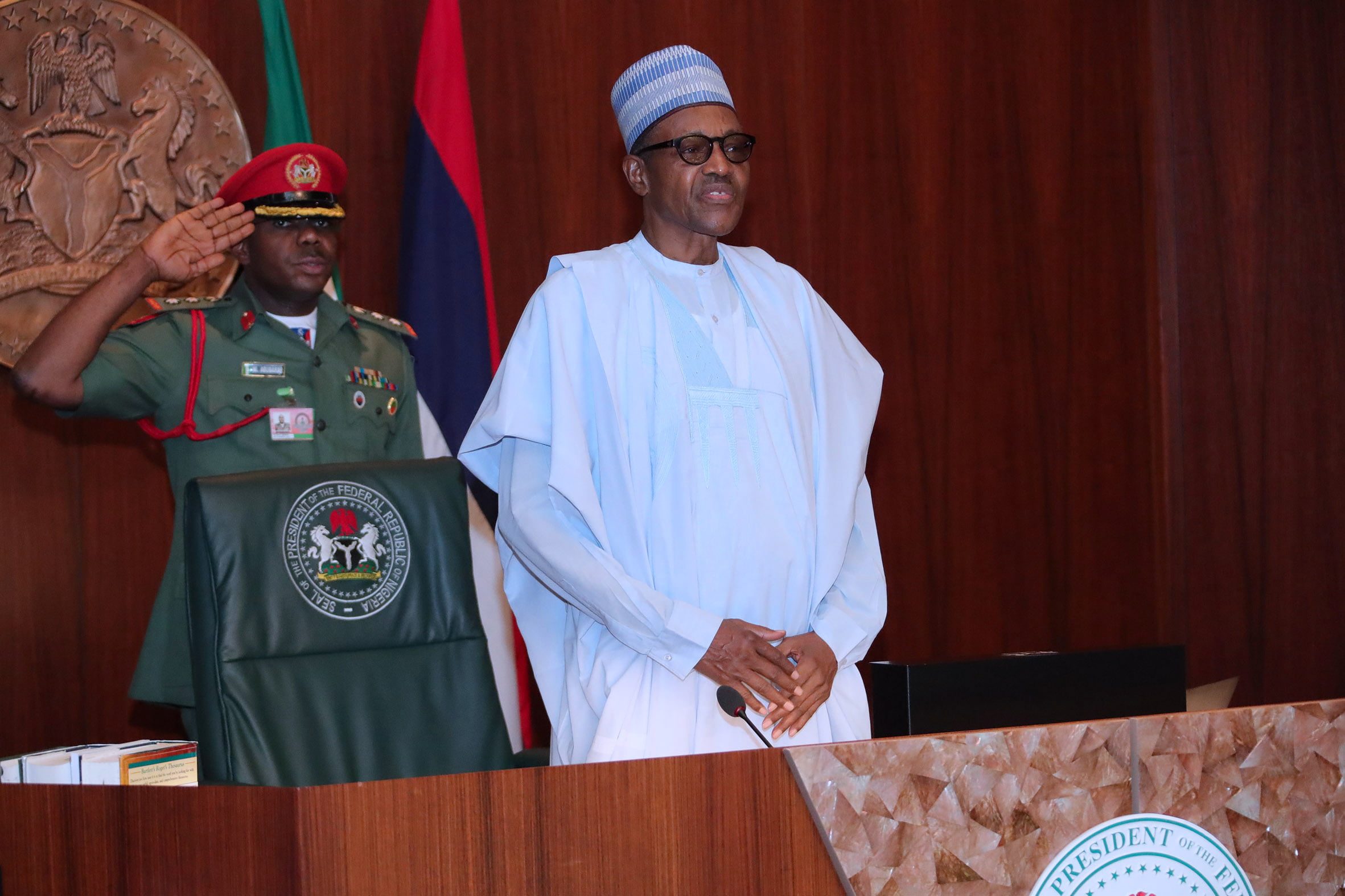 President Muhammadu Buhari has reacted to the decision of Appeal Court President, Justice Zainadine Bulkachuwa to step down as Chairman of the Presidential Election Petition Tribunal.

Reacting, Buhari re-emphasized that he respects the country’s judiciary and was willing to abide by its decisions at all times.

The President’s Senior Special Assistant on Media and Publicity, Mallam Garba Shehu, said this in a statement in Abuja on Wednesday.

He said that Buhari made the statement at a dinner with representatives of the judiciary at his official residence after Justice Bulkachuwa’s decision.

Buhari said he believed that the judiciary should be independent, recalling how he submitted himself to the adjudication of the courts three times on his way to becoming president without any fuss.

“I respect the institution. I have come before you three times before I got here on the fourth run for the office. Your word is the last word on any given issue.”

Buhari acknowledged the capability of Nigerian judges, saying: “your training and experience has earned you respect.”

In his remarks, the Acting Chief Justice of the Federation, Justice Ibrahim Tanko, who led retired chief justices, some justices of the Supreme Court and heads of courts in the FCT, expressed appreciation to the president for breaking the Ramadan fasting with him.

Tanko assured the nation that the judiciary would continue to do its best in safeguarding the country’s judicial system.

He praised Buhari for not meddling in the affairs of courts in the country.

The News Agency of Nigeria (NAN) reports that Buhari had on May 14 held similar Ramadan fast-breaking with the leadership of the National Assembly at the Presidential Villa.